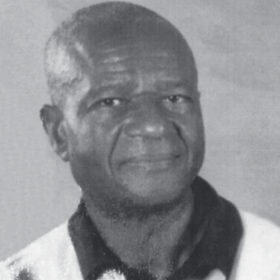 What happens in the head of a nine-year-old boy who arrives in 1946 in Leo, the capital of the Belgian Congo, from a small semi-rural village called Mweka? What are his strongest impressions? What are the questions?

The disembarkation happened without any particular incident. The presence of tatu mukaji Veronica is enough to avoid any complications to Banda and his three traveling companions. Luggage collected in the courtyard under the care of her four nephews, the aunt comes out to hail a taxi that will take her little world to No. 14 INGENDE street in the Ngiri-Ngiri  district. The city has only six districts: St Jean (lingwala), St Paul (Barumbu), Leopoldville (Gombe), Leo II (Kintambo), Kalamu and the last born Dendale (Kasa-vubu) Mboka ya Sika “. In fact, at that time (1946), these were native cities and not districts. Only the agglomerations inhabited by whites enjoy the status of urban districts ; Leo II, Kalina, Leo I and N’dolo form the northern part of the city while the blacks inhabit the southern part of the city. It was only in 1957 that these cities were granted municipal status.

Léopoldville that the natives had nicknamed “Poto Moindo” (“Europe of Blacks”).

It’s the jerk in the neighborhood, people rush to greet tatu mukaji Veronica back from Kasai. The friends, relatives, neighbors and neighbors, the crowd fills the plot and the questions are fired from all sides. How was the trip ? And mourning? And Dad, what did he die? And the family ? And who are these four boys who accompany him? His nephews? How are they called ?

In this new world, Banda is completely lost; Several things surpass him and his childish mind discovers enigmas that he dares not expose to anyone and on which he remains silent. These are his disabilities …

First, there is language, a means of expression and communication, which constitutes its first handicap. In Port-Francqui and in the boat, he made his first steps in Lingala, the language of the Kinois. He understands a little if we talk to him slowly. But speaking … It’s another pair of sleeves. Certainly, he can say mboté (good morning) or nakeyi (goodbye) or other common expressions, but do not ask him to hold a conversation in Lingala. And then he discovers that children of his age speak a “lingala” somewhat different from that of adults: many words in slang and a particular pronunciation! But Banda has a great ability to adapt and it is three months to overcome the handicap of the language. He holds this from his father, Papa Inoki, who speaks seven languages: bushong, tshiluba, kaniok, French, English, munu kutuba and lingala …

It must be said that Banda does not get too badly in Lingala, compared to his traveling companions and who live with him.

Then the macadam or the asphalt keeps impressing! A hard and smooth road !

What material is it made of ? He has not stopped feeling this unknown matter from the Port of OTRACO. He took the avenue Prince Baudouin (Avenue Kasa-vubu), and he keeps asking questions. Nothing like Mweka or Port-Francqui.

It is scratched by the number of vehicles in circulation. At first, he believed in a car race, because of the frequency and variety of cars and trucks on the arteries. In Mweka too, there are vehicles, but not so many. And how fast !

Running water, what an enigma! It is enough to turn a faucet and to place a container under it and one has water for all use and in inexhaustible quantity. Gone are the long walks to the river for swimming, washing and bringing water home as he did in Mweka.

In Leo: bath, laundry, household water, everything is within reach. It’s around the corner. But a question never ceases to trouble him: by what mysterious mechanism does the water move from the river to the town? And how can it remain immobilized in this metal pipe, whereas it must normally flow? Who can explain to the little boy the mystery of tap water?

Another mystery still disturbs the mind of little Banda. It is the electric lamp, that dazzling light, which does not exist in Mweka! By what magic, does it light up and go out? And smoke-free with that! He spends hours watching and watching…