A company registered with the ECB under the company number: BE 0561.806.677.
Managed by Claude dejardin.

A society created by enthusiasts of life.
Because we have a life and lots of dreams, we want to have fun working and exploiting our potentials to the fullest …
Then we gathered all our experiences, all our strings on the same bow: FULL- FUN.

To do this, we embrace all activities in the field of cinema, theater, writing, coaching, jewelry creation, photography …
You will find all the details in the different sections of our website.

Every day, we write our future by our actions, our thoughts, our declarations, our gratitude. We also write a part of the future of our loved ones: our children, our parents, our friends, our colleagues … sometimes we even write the future of a stranger in the street, by a service rendered or a Smile exchanged.

Learn more about about our activities & services 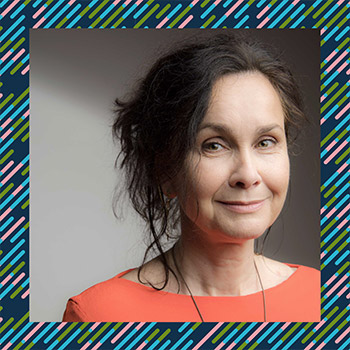 I was born on the 4th of February 1965, of a mother secretary and daughter of craftsman ebéniste and a father doctor, son of doctor, grandson of surgeon, my brother is already 2 ½ years when I point the end of my nose.
We live in Liège until the age of 5 years and then my father who has done tropical medicine takes us to the Congo, Kalima in the bush for 2 years.
My father died at the age of 39, I am only 7 years old.
I am lucky to be raised by a strong, amazing, atypical mom, at the age of 39, she meets a man of 20 years ... 19 years separates them, at the time it was a rare thing and thing Criticized ... 40 years later ... they are always together.
My brother is optician and I not very academic, I like jazz and concerts, travel, reading, meetings, theater ... but not studies.
After my humanities I decided to 20 years to leave, my curiosity, my need for freedom urges me to go to see what is on the other side of the oceans. With a friend, I take a one-way trip to New York, we travel by doing odd jobs ... On the way to Philadelphia, Canada from east to west, Seattle, Ecuador, French Guiana, Hi and back to Cayenne which closes a 10-month course of incredible adventures and exciting encounters.
On my return, I resume studies at the ISALT in Brussels (Higher Institute of Animation Leisure and Tourism). But the school benches give me ants in the legs, I tasted freedom and a few months later, I go back to Cayenne, magical place, bewitching.
With a girlfriend, I go with a professional waffle iron to develop a waffle market in Liège. A 1 year adventure ... rich in colors but a romantic encounter brings me back to Europe, between the south of France and Liège.

It is really these two journeys that have forged my entrepreneurial spirit. Indeed during such a journey,
We learn to relativize on his fate
We learn to open ourselves to the world
One learns to be tolerant, to be receptive
We learn to organize, not to stress
We learn that we like it or not to manage a budget
And above all, we learn to learn ...

When I return to Belgium, I work as a sales representative in bookstores, then as a receptionist at the Novotel Brussels Grand Place, and then in the Defroidmont craft chocolate factory. One day I meet Luc Toussaint, Alderman of the Economic Affairs, former backpacker who seduces by my atypical career engages me in his services until the end of his mandate.
Then, I am seconded to the Cultural Center of Chiroux where I will occupy 15 years during the functions of Head of the Arts of the Stage.

My best memory is when I created the Tempo Color festival, my baby for 9 years.
"The Tempo Color" festival of the World Music, created following a trip to Angoulême, where I had discovered the festival Musiques Métisses, I launch the first edition of the Festival in September 2002, at Caserne Fonck, federating the Cultural associations around a civic village, symposiums, exhibitions, theater, cinema, meetings and debates and I welcome the Africalia caravan for the second edition.
Then, Renaud Keutgen de Miel Maya and I will create a collective and the festival will move place Carmelites ... and beyond the festival of reflections on themes of society, especially around fair trade will see the light.

Now, for the last 6 years, I have been coordinating the team of tourist advisors at the Tourist Office of the old Meat Hall, happiness on a daily basis.

Foreign languages, a great team, tourists of all kinds, learn to guide my city ... I have fun even if managing a team is sometimes complex ... finding a balance, being attentive is a lifelong learning. 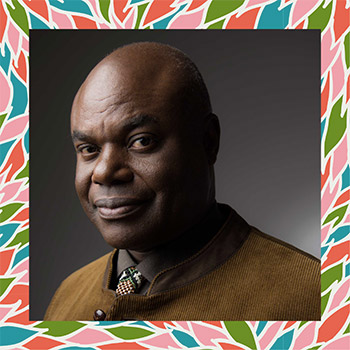 In 1979, he created the group Gomma Percussions with which he will shoot for more than 20 years. Along with music, he plays theater.
His career as an actor led him to meet important directors including Jacques Nichet "The Tragedy of King Christophe" in the Court of Honor of the Avignon Festival (1996), Alain Timar "Waiting for Godot" Theater des Halles, Avignon (1995), Marcel Delval in "Edmond", "Harcelement", "Glengarry Glen Ross", with Michel Dezoteux at the Theater Varia Brussels Fruit "(2007)," Révizor "(2008)," Hamlet "2013 ...

His career as a film actor, made him meet directors like Patrick Ridremont for whom he plays in "Dead Man Talking", for the role of Lopez, he will be Nominated in the Magritte 2013 in the category "best supporting actor"; This film will receive the Magritte of the first film in Cannes.
It also plays in "In the name of the son" of Vincent Lannoo, "I am supporter of the Standard" of Riton Liebman. More recently, Mahmoud Ben Mahmoud's "Siestes Grenadines" in 1998, "Hey Stranger" by Peter Woditch 1993, "I Think of You" by the Dardenne Brothers in 1992, "Marguerite" by Xavier Giannoli with Catherine Frot ...

As a composer, he created the music of "The Promise" by the brothers Dardenne, "The Devil and Philosophy" by Luc Jabon, "Harassment" by Martin Crimp, "Morgane" by Ariane Bubbinder.
As an author, he published "Flash-Black" at Editions Lansman. He also wrote "The Day or the Night Sun", "Dwarf and Giant", "High Pressure", "Tshibinda" ...